Yoga has taken the western world by storm.

In a 2012 “Yoga in America” survey by Yoga Journal, it was estimated that over 20 million Americans regularly practice yoga. Now that number is estimated to be over 37 million. The first U.S. yoga studio opened in California in 1947. Now Yoga studios are popping up in all communities. In the US, you can perform yoga in heat, with rock music, and even in the company of pets, goats, or children. Westerners, however, still regard the practice of yoga as an alternative form of exercise.  Initially, they are drawn to the physical attributes of the practice, yet with time they recognize the mind-body benefits that go well beyond physical fitness. There is a lengthy menu of yoga styles and an even longer list of their purported cognitive, emotional, and physiological benefits: stress reduction, sharpened mental focus, reduced back pain, and improvements in strength, mobility, balance, and concentration. Here are just a few of the medical benefits now with scientific backing.

Yoga has been practiced for over 5000 years and originated in ancient India.

The word “yoga” is Hindu for “to yoke, ” meaning a union or coming together. In addition to the physical poses (known as asanas), yoga includes breathing, meditation, and other nonphysical practices. Even early on it was felt that yoga allowed individuals to become more in tune with their mental, physical and emotional patterns.

Ancient yogis did not have sophisticated medical equipment to study the effects of yoga. Instead, they used their own bodies practicing yoga as the experiments. They found that with regular practice, they could regulate their heart rate, body temperature, and nervous system functioning. Ancient yogis were not using their practice as a means of medicine but rather as a means of reaching a higher consciousness. The health effects were merely a side effect of the practice.  Modern-day physicians in India regarded these “side effects” as potential therapies and began looking at the practice of yoga as medicine.

Much of the early research on yoga and its health benefits come from India.  Much of the research is observational and rarely “controlled.” This means the scientists are just looking at outcomes and not making the experimental design the same in every case. The data is quite intriguing, however.

The systems in place at many of the institutions seem to be helping people manage various ailments from asthma to Rheumatoid Arthritis, Type 2 Diabetes, and Heart Disease.

Western physicians have been slow to embrace the touted medical benefits of yoga, but some of the best medical institutions in America are now looking closer at its possible benefits. Though yoga is still considered a complementary form of medicine, many recent studies may help legitimize its medical benefits for various conditions. Yoga is now a clinically viable treatment with established programs at some of the finest major medical centers, such as MD Anderson Cancer Center, New York’s Sloan Kettering Cancer Center, and the Cleveland Clinic.

The American College of Sports Medicine recently published a study looking at the effect of yoga on Asthma. After only 10 weeks of yoga practice, 43% of the patients in the study reported improvement in their asthma symptoms. It was felt the focus on breath, posture, and alignment improved lung capacity.

In a study out of the West Virginia School of Medicine, researchers looked at the effect of yoga on Chronic Back Pain. After a 12-week program, 70% of the participants reported an overall decrease in back pain, and 88% reduced or stopped taking medications prescribed to help with the pain. In addition, compared to the participants who followed traditional medical therapies for back pain, those who participated in the yoga arm significantly improved control of pain and overall mood.

In a 2010 study reported in The Journal of Pain, participants with a diagnosis of Fibromyalgia, a chronic pain syndrome, were placed in a yoga group or medication group. Those in the yoga group reported improved pain, which was as effective as medication.

A Yale University study looked at yoga’s effect on blood pressure. People with mild to moderate hypertension were enrolled in a yoga practice. Researchers found that both systolic and diastolic blood pressures were significantly improved with yoga. Overall, Blood pressure was reduced as compared to those in the medication group.

Researchers at Boston University looked at the effect of yoga on anxiety. After a 12-week program, researchers noted an improvement in patients who experienced mild to moderate anxiety. Researchers uncovered a 27% increase in the neurotransmitter GABA in the brain after 60 minutes of yoga. Low levels of GABA are associated with anxiety, depression, and Alzheimer’s.

The top reason many seek out yoga is to quiet the mind and release tension. In 2013 over sixteen studies looked at the effect of yoga on mental health. All study subjects showed an improvement in symptoms of depression. Participants reported improved sleep, reduction of chronic pain, and feelings of overall well-being.

Beyond the Mind-Body connection achieved in yoga, there are many physical benefits participants will note after only a few sessions. Increased flexibility and strength as well as an improved sense of balance. Older individuals who practice yoga report fewer falls. After a few years of practicing yoga, participants will have stronger bones. DEXA (bone-density) scans done on participants before and after a couple of years of practicing regular yoga showed that these people did not lose bone and gained it- without medication. Those who practice yoga regularly have lower weight and tend to adopt a healthier lifestyle. The Journal of American Dietetic Association reported that individuals who practice yoga are more mindful, especially regarding eating.

The benefits of yoga are numerous, but like any exercise program, it is important that individuals get proper instruction from a reputable studio under the supervision of a well-trained instructor.  Injuries from yoga are common. It is extremely important that one pays attention to all aspects of the practice.  We should look at the practice as a whole treatment. Improving our health or medical ailment should be considered a welcome side effect.

Thrive offers several yoga classes to help you incorporate this health-promoting mind-body practice. Our classes are welcoming to newcomers as well as seasoned yogis.

Yoga adds years to your life and life to your years. 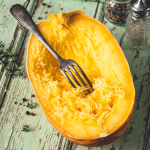 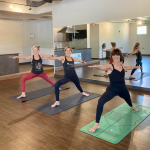