A Functional Approach to Autoimmune Disease

A Functional Approach to Autoimmune Disease

Autoimmune disease is the most common medical condition managed in our healthcare system, ahead of heart disease and cancer.

In fact, 1 in 5 Americans suffers from some form of autoimmune condition yet it hardly gets the recognition it deserves. There are over 100 known autoimmune conditions and a significant number of them have increased over the past ten years. For example, Crohn’s Disease, an inflammatory condition of the bowel, has increased as much as 300%.

An NIH study done in April of 2020 showed that an increasing number of people have a positive ANA, signaling autoimmunity. In the study, they took blood samples of 14,211 individuals who were 12 and older and found that in 1988-1991 the incidence of positive ANA was 11%. This number rose to 15.9% in 2011-2012 – a 50% increase over 25 years The biggest increase was seen in the adolescents, males, non-Hispanic whites, and adults over 50. The most concerning finding were the 3-fold increase in adolescents.

The ANA is an indirect measure of autoimmunity.

Autoimmune disease is characterized by findings of autoantibodies found in diseases like Multiple Sclerosis, Lupus, Rheumatoid Arthritis, or Crohn’s disease. Autoimmune disease occurs when the immune system turns on itself and attacks the body’s own cells and tissues The ANA antibody may be an early warning for a disease that could surface 10 years later. This test can provide information, yet most doctors do not address it unless the levels are extremely high. By that time a disease process has occurred, it can be difficult to manage the symptoms without medication. Test like the Multiple Autoimmune Reactivity Screen can find antibodies to specific cell types which can be predictable for specific future diseases. Using tools like the ANA or Multiple Autoimmune Reactivity Screen, AutoImmunologists can become preventionists. By identifying risk and intervening earlier, they may help to reverse the changes before the disease process occurs.

Conventional treatment addresses autoimmune conditions only when the disease develops.

Even when autoantibodies exist few conventional doctors recommend intervention before symptoms and disease surface. Treatment involves medications, many of which suppress the immune system and are associated with side effects including serious infections like TB, sepsis, or fungal infections as well as a long-term increased risk of cancer development. Unfortunately, these medications never address the underlying triggers and conditions which led to the autoimmune disease in the first place, so patients just worsen with time and require more medication.

Having the gene is not enough. It is what we bathe our genes in that determines whether we will develop the disease. The development of autoimmune disease starts with the genetic predisposition followed by triggers and eventually intestinal permeability or “leaky gut” which activates our immune system. These autoimmune triggers are consequences of our industrialized Western civilization, overuse of antibiotics, stress, gut dysbiosis (a disrupted gut microbiome), pesticides and environmental chemicals, the SAD (standard American diet) diet filled with processed foods, sleep deprivation, and chronic infections.

We are exposed to over 80,000 chemicals and many have not been adequately studied prior to being added to our environment.

One example of a chemical link to autoimmune disease is a chemical known as trichloroethylene, a solvent used in refrigerators. Its use has been linked to Systemic Lupus Erythematosus and Sclerosis. Mercury exposure is a known trigger for Lupus and pesticides like Glyphosate have been shown to trigger Rheumatoid arthritis. Then there are the chemicals in our food supply-that list is too involved to discuss. Manmade food has chemicals and lots of them. Diets devoid of these inflammatory chemicals have been found to improve autoimmune markers and help with symptoms.

Stress is a factor in our westernized society but finding ways to address may help in the management of an autoimmune disease.

In times of significant stress, autoantibodies can increase. One study followed college students and found that during exam periods they had increases in these markers. Another group known for stress is Alzheimer’s caretakers who often have elevated inflammatory markers. Sleep deprivation can wreak havoc on several bodily processes as our circadian clock manages over 300 genes and when it is off inflammatory changes associated with autoimmunity can be triggered. Other factors that contributed to the development of autoimmune disease include Vitamin D deficiency which has been associated with Diabetes mellitus-type 1, Rheumatoid Arthritis, Lupus and Multiple Sclerosis, and chronic infections like Ebstein Barr, H. Pylori and Lyme disease. These should be explored if someone is not getting better or if risk is high.

While there are over 100 autoimmune diseases, they all can respond to the same interventions.

The triggers are the same, but the genetic differences determine which disease eventually develops. Management for prevention and reversal of autoimmune disease involves looking at diet and environmental triggers as well as other factors and doing our best to remove and replace them with healthier alternatives. There are published studies that show addressing diet alone can provide significant improvements in those struggling with an autoimmune condition.

In one study at UCSD individuals with Crohn’s disease followed the autoimmune diet alone and after 6 months they had a reduction in calprotectin (a substance that measures the degree of gut inflammation) and improved endoscopy scores. Another study looked at individuals with Hashimoto’s who followed a restrictive diet alone and the results showed study subjects had improvement in symptoms, reduction in C-Reactive Protein (a marker of inflammatory response), and autoantibody levels, and reduction in their thyroid medication doses.

When intervention occurs early these antibodies can be normalized, and disease can be prevented or reversed.

For example, in Hashimoto’s Disease, the antibody that develops destroys the thyroid gland and its function leading to reduced thyroid hormone levels. Adding thyroid medication is often not enough as patients still feel bad because of the underlying immune response which has not been addressed. When the triggers are removed, and the body is allowed to reset and heal, they not only feel better they have restoration of some or all of their thyroid function. This is a perfect example of root cause medicine at work.

Autoimmune disease is a perfect example of how Functional Medicine can address and reverse the course of a disease.

It comes down to addressing the foundational factors by optimizing diet, lifestyle factors like sleep and removal of environmental factors, and restoring full functioning. The time to address autoimmunity is before the disease develops. 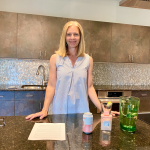 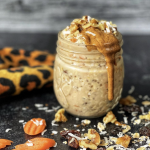 Overnight Oats with a Secret Ingredient